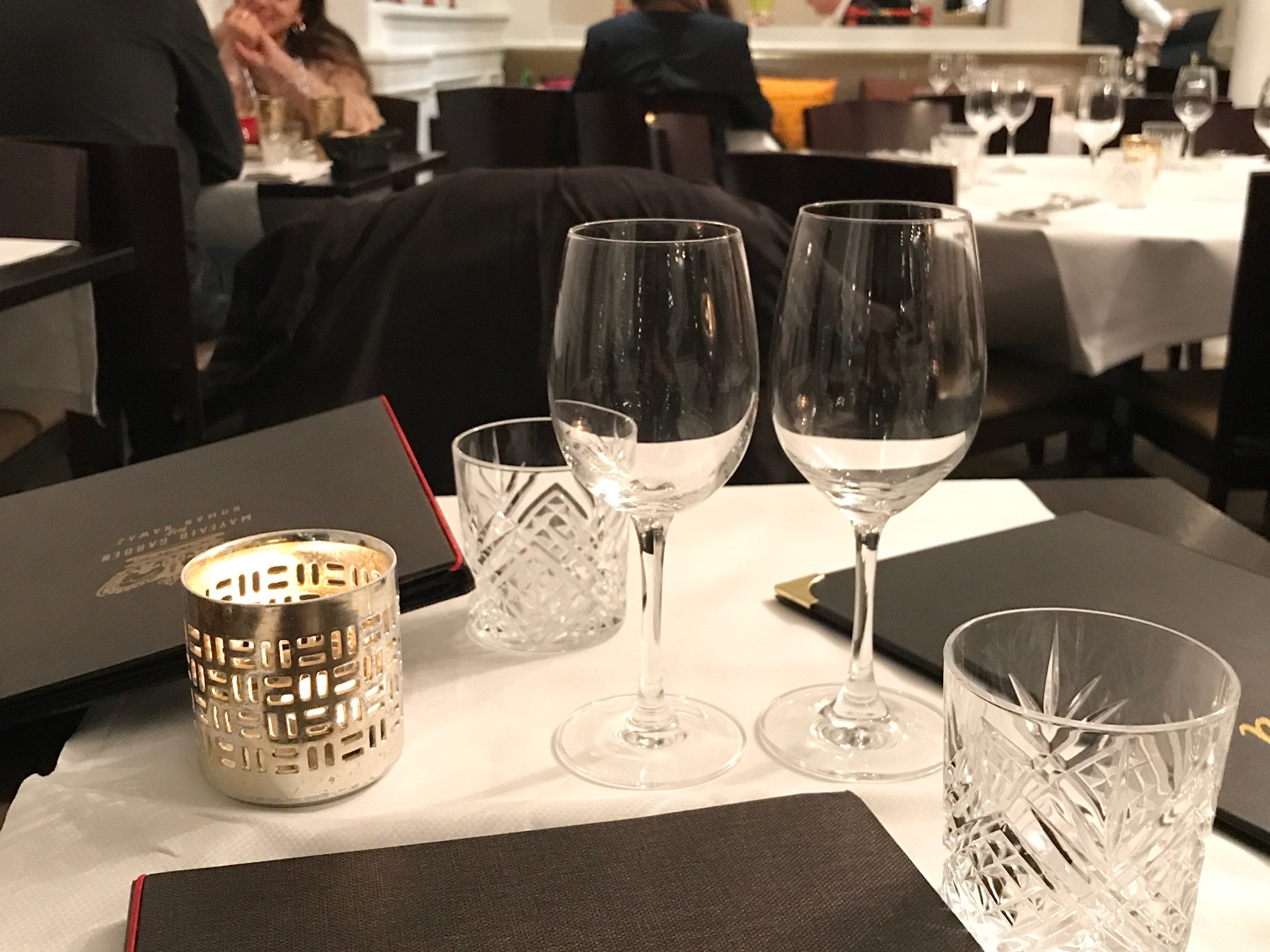 Mayfair Garden Paris is a contemporary Indian gourmet restaurant in Paris, it is run by two brothers; Naman whose in charge of the kitchen and his brother Nawaz who runs the restaurant. It is located in the centre of 3 metros – Trocodero, Boissiere and Iena. We found it using citymapper as we walked from the Eiffel Tower, which took 15 minutes.

When we arrived we were greeted with the smells of delicious flavours that wafted towards us and the friendly staff who took us to our table, where we had the view of the entire restaurant, a contemporary white backdrop with a well lit and airy abiance.

Sadly, we weren’t that hungry as we had an enormous lunch during the day; so we decided to share the starter and main.

Once we were seated one of the staff came over with some veggie balls that had been dipped in chutney, it smelt divine and tasted fresh.

For the starter we ordered the Lentil soup with truffle oil – lentil soup prepared with black pepper and other spices and sautéed with garlic in truffle oil. It came in a red ceramic pot at first glance I thought we would need to order more but surprisingly the soup was very filling- the texture was thicker than I’d imagined but tasted delicious! 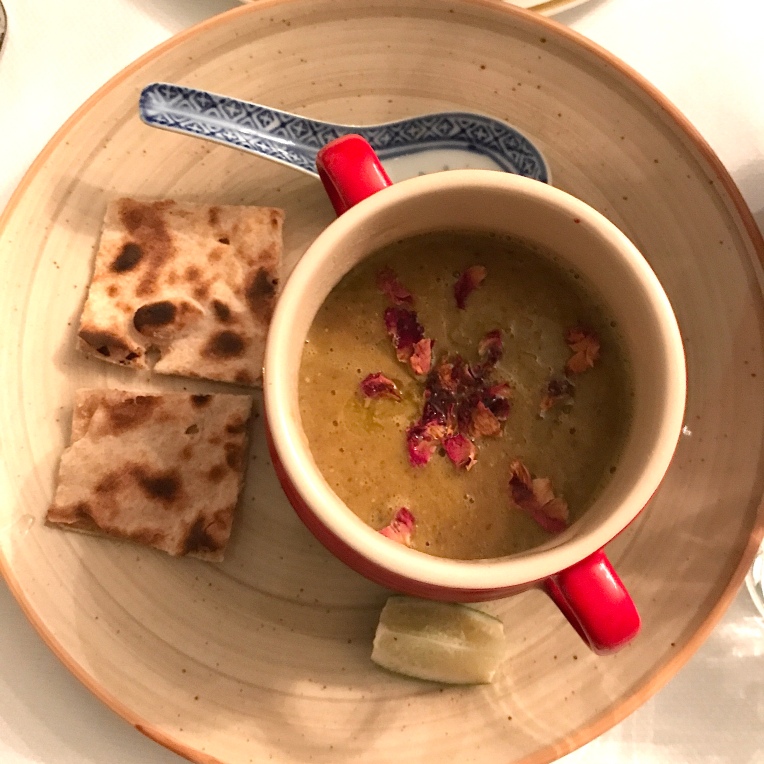 To drink Claire ordered the red Bordeaux glass and I ordered the Pinot noir. Personally we preferred the Boudreaux as it was a bit sweeter and smoother in taste compared to the Pinot noir but both were really tasty in flavour, they both complimented our meal well.

Personally we found the poppadoms a little oily but they still tasted great, especially with the 3 dips which unfortunately we didn’t ask what each was they were really flavoursome. 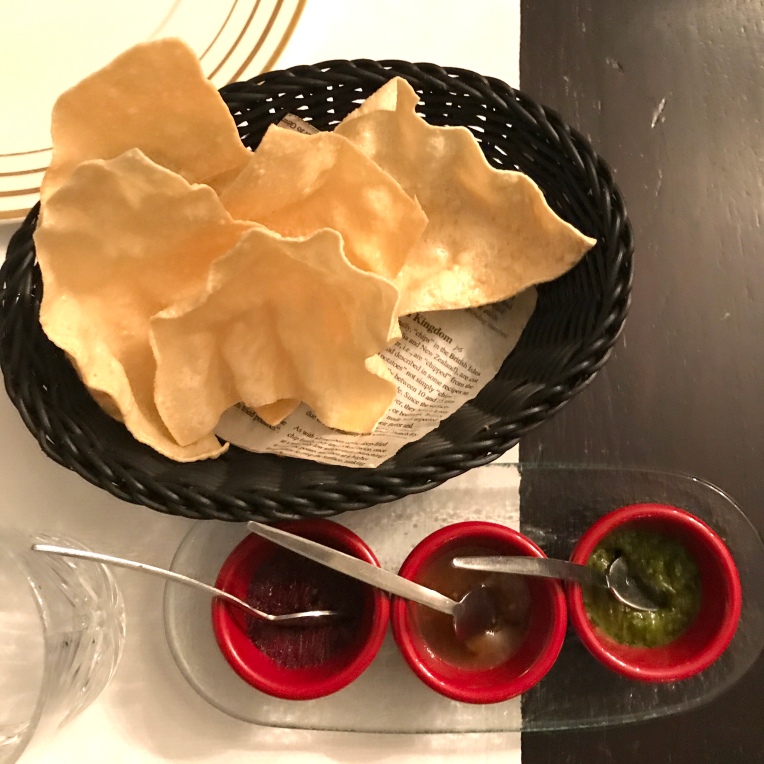 The spinach curry was heavenly it was so creamy, each mouthful was better than the last – but I must say there is a slow burning heat so if you’re not so good with spice you may not be able to finish it- but I would recommend trying it! 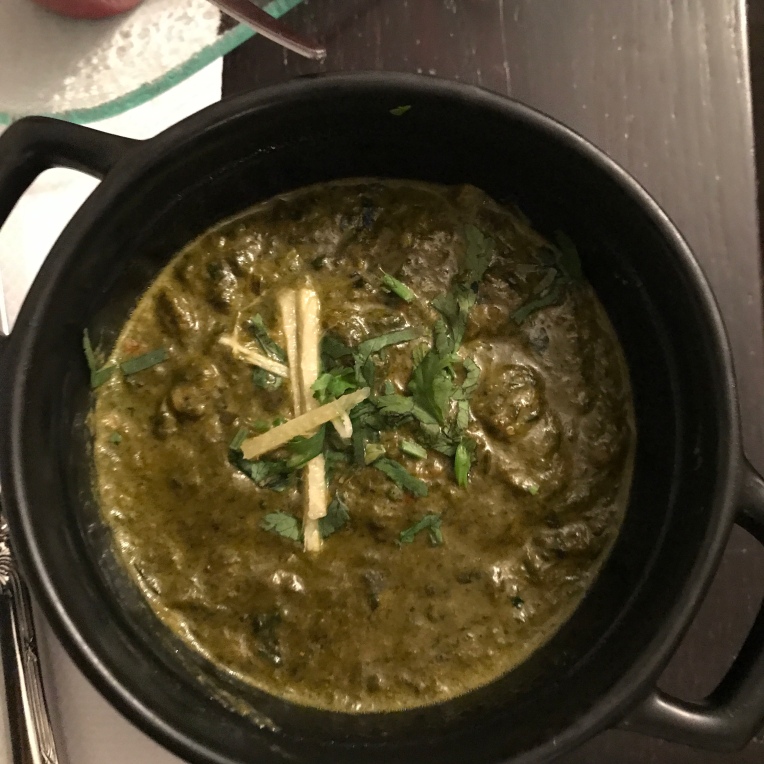 The garlic naan was great as well crispy and fluffy – it married well with everything on my plate, and the pilau rice was perfectly done.

When we asked for the bill they gave us complimentary cognac, it was such a warming drink that you could feel it throughout your body. We were also given sweets – celebrations and some Indian sweets too – tiny balls of sugar with subtle hints of aniseed that seeped through. I’m not a big fan of aniseed but the sweetness was much more addictive. 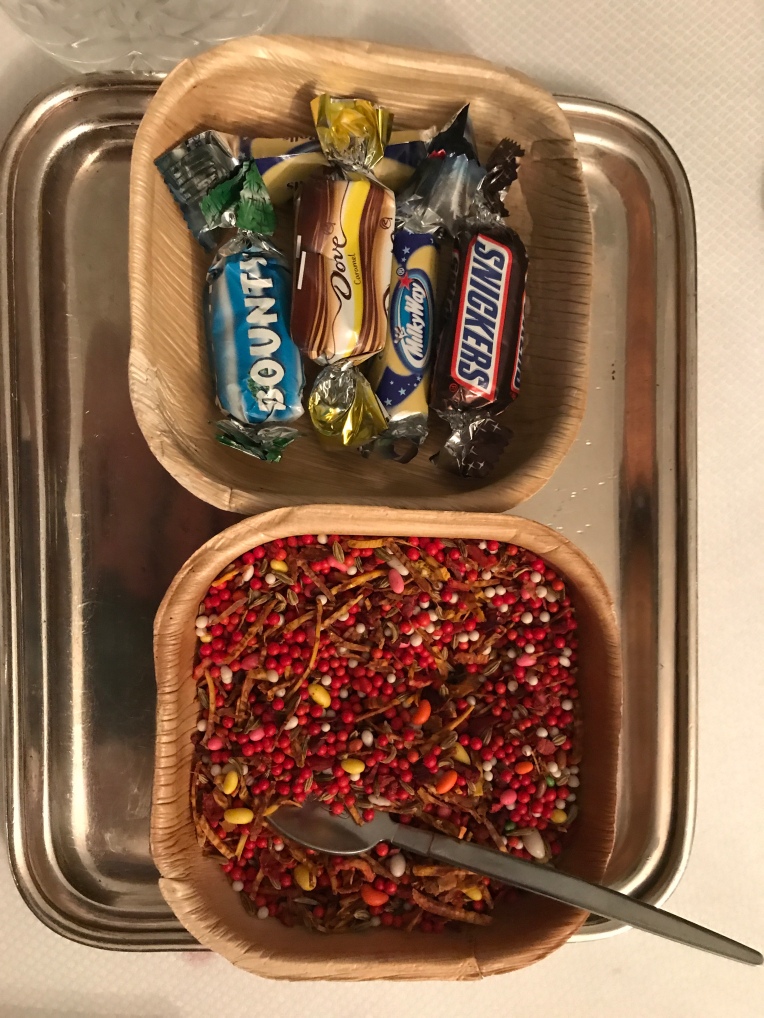 We highly recommend Mayfair Garden Paris it was one of our best experiences, the staff were welcoming and attentive. The service was quick, there was no time limit and the food was heavenly!

One thought on “Dinner at Mayfair Garden, Paris France”

The Psychology behind Holistic-relational therapy

Stuck in Sydney and posting old photos I've taken with various camera phones over the years. To make it more interesting, now in Black and White with sarcastic commentary.