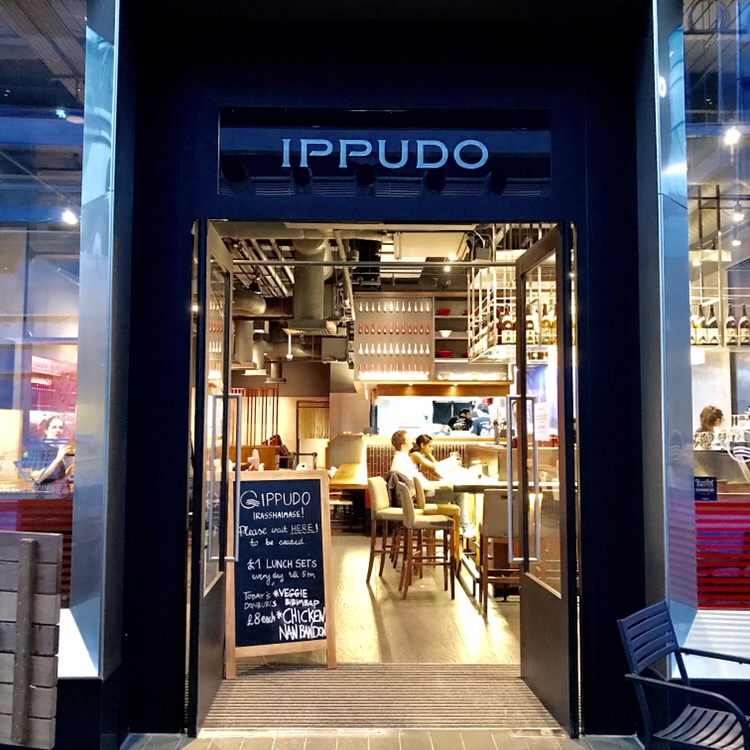 Ippudo is a global chain. There are 3 Ippudo restaurant’s in London – Central Saint Gails, Canary Wharf and Villiers Street. The one I visited with my friends was their Canary Wharf branch situated in Crossrail Place.

I met up with a few of my friends for a catch up, whilst we walked around the area we decided to have dinner at Ippudo {I had been craving noodles for a while}. It was a sunny warm evening so we decided to sit outside. The restaurant was lively and filled with chattering customers all enjoying each others company and food. The staff were welcoming and attentive. We were excited to try some of their food and drink and have a lovely catch up. Once settled our waiter came to our table and asked what we would like to order.

We ordered drinks my friend Claire ordered half pint of their Asahi Beer which was convenient as it was Happy Hour £2.50 {2-8pm everyday}, Thomas ordered their Mio Sparkling Sake £7.50, Kiran was feeling unwell so opted for tap water, I chose the plum wine £4.50.

Claire chose the Spicy Agedashi Tofu for her starter, a battered version of tofu that she had never tried before, she absolutely loved it and will be opting for that dish in the future! Her main dish was the Veggie Ramen £13 which she accompanied with half a pint of Asahi – {Japanese Rice Lager} it was a smooth and crisp taste, easily drinkable and light on the tongue. {it was happy hour when we arrived, everyday from 14.00-20.00} When her dish arrived she thought it was a generous portion and very tasty but unfortunately the broth was too oily. 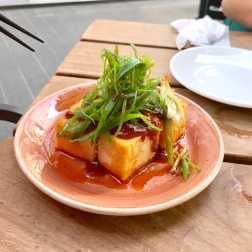 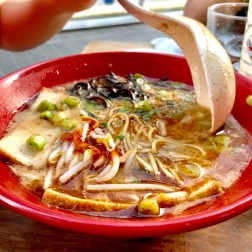 Kiran chose the buns option 3 pieces for £10 which she thought was great value! There were 3 different options so she decided to choose one of each – pork, chicken and veggie. However she was slightly let down by the taste, and she felt that the buns looked better than they tasted. She thought they were dry and needed more sauce to enrich their flavours. She did however say if she had to pick between the 3, she would opt for the chicken as that had more flavour.

Thomas chose the Crispy Gyoza £6 {5 pcs} to begin; which went down within a matter of minutes, for his main he chose the Chashu Bibimbap £8 – Sizzling hot bowl of rice topped with their signature pork belly chashu, spicy Karaka miso paste, takana leaf mustard, bean sprouts and a poached egg. His first thoughts were that the dish was incredibly spicy, which was too overwhelming – which was disappointing. To accompany his meal he chose the Mio sparkling sake {Sho Chiku Bai Shirakabegura} £7.50 – Perfect balance of naturally sweet and sour taste, derived only from rice and koji, his personal view was it wasn’t as spectacular as it is made out to be. 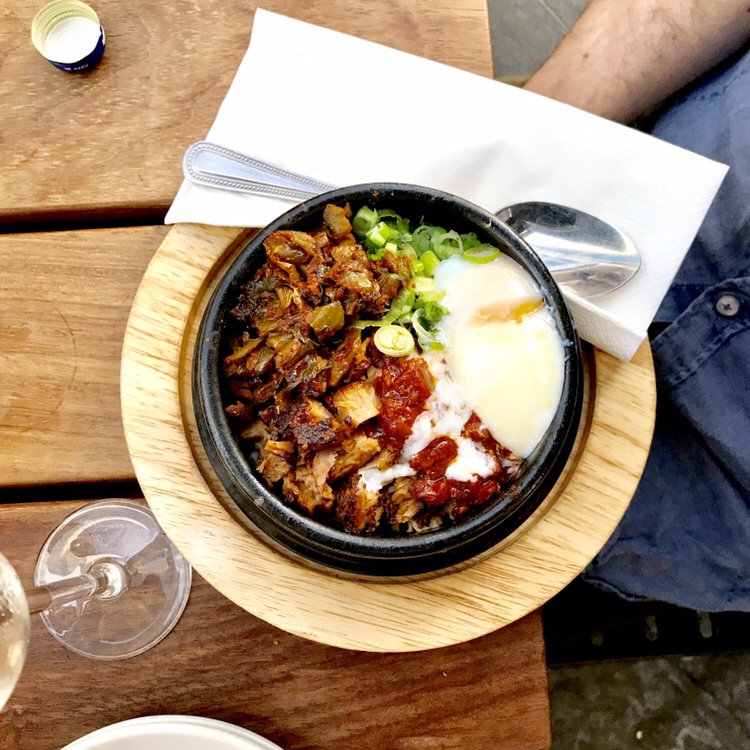 For my starter I chose their Crispy Gyoza I thought it was tasty, it had a great flavour and I loved the sweet chilli sauce that went with it, it really added an extra kick to the flavour. For my main I chose the Akamaru Tamago £13.50 I thought the flavours were tasty but the broth was too oily to enjoy, it was a generous portion but I managed to eat it in a matter of seconds! The pork was so tender it just melted in my mouth and the eggs were cooked to perfection! I accompanied this dish with their plum wine, a sweet and subtle taste which married well with my dishes.

My overall experience at Ippudo was enjoyable, the staff were patient as we stayed until closing. I would recommend this place, if you fancied a variety of Japanese dishes to choose from. However I would strongly recommend the ramen dishes as we had a better experience with them than the other dishes.

Need any tips for your next trip? You knock on the right door. ;)

Australian Traveller that loves to "Roam" our globe, creator of ENDLESSROAMING.COM sharing the experience through word and photography. Currently residing in my home of Newtown Sydney