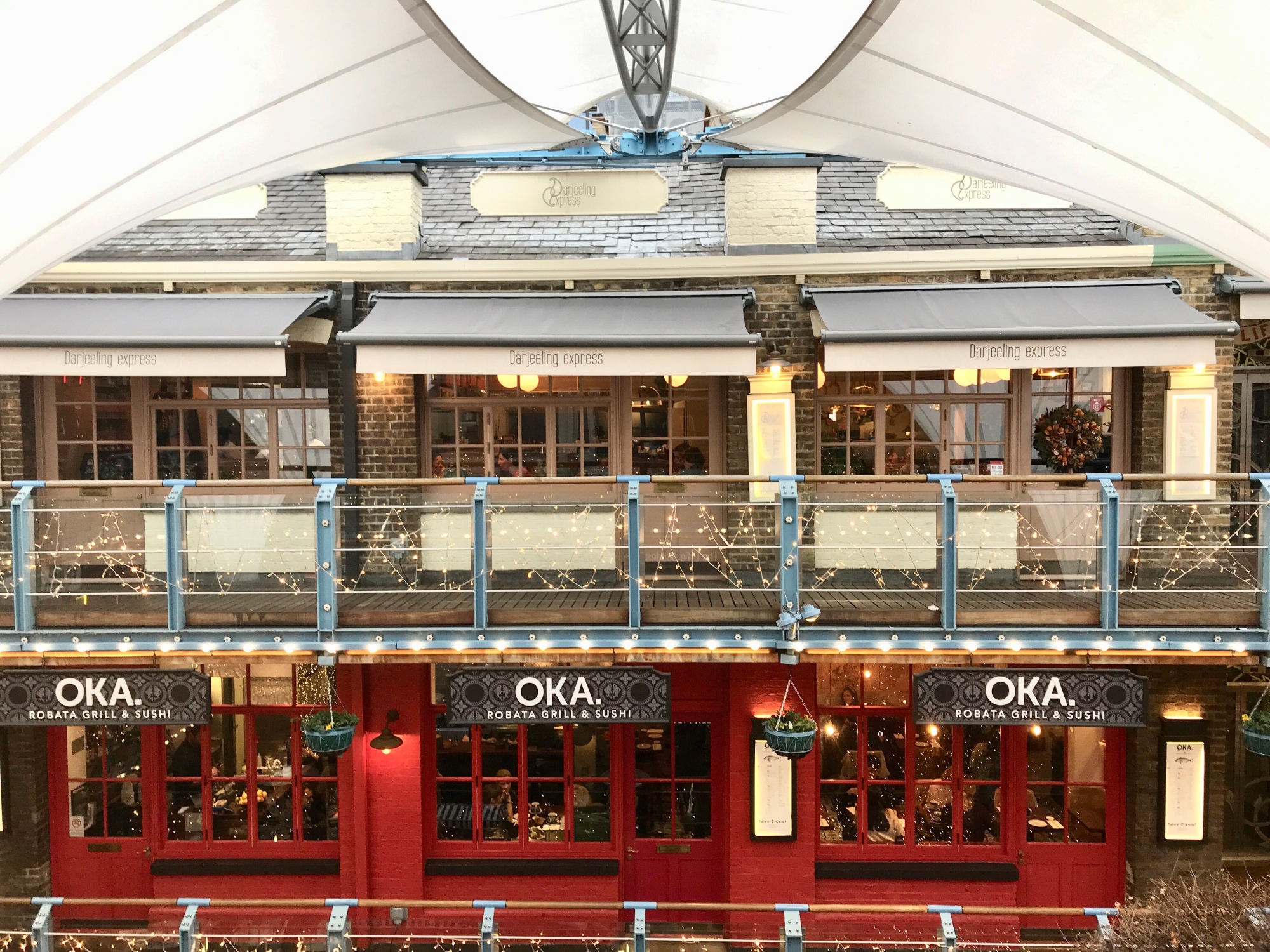 Darjeeling Express is owned and founded by Asma Khan. When Asma moved to the UK, she didn’t know how to cook, her main dishes were salads and her husbands chicken curry’s; it was a couple years later that she travelled back to India to master her ancestral recipes.

When she was studying for her PhD in constitutional law in the UK, she became friends with the Indian nannies at her children’s school and would invite them over to eat. This became a regular occurrence and soon after she created a supper club featuring her Mughlai cuisine with her friends helping in the kitchen. Gradually it became a dream for Asma to open her own restaurant run by all female chefs – now Darjeeling Express sits on top of Kingly Court in Carnaby next to Dirty Bones, and Le Bab.

When we arrived our waiter Shahlo greeted us with a warm smile and led us to our table, the decor was inspired by the Darjeeling Express train with its cerulean blue and softer grey colours. A little mismatched in a quirky way, with golden glows from the lights above us. You will notice picture frames across the restaurant walls; these photos capture places where Asma grew up.

When we had settled in and decided what to eat – the couple next to us had array of delicious dishes, the one that caught our eye was the balloon like bread or its actual name Puris [vegan] fried bread. I found the menu easy to read, a great layout and helpful as it indicates whether its vegetarian or vegan.

There were options for Claire so we happily chose our starters – Puris [vegan] fried bread, Papri Chaat [vegetarian] spiced potatoes and black chickpeas on a wheat cracker with tamarind chutney. We asked Shahlo whether it would be possible to have some starters as mains, she happily obliged.

We were very excited to try Darjeeling Express as we had heard great things and reviews about it! When our starters arrived the food were extraordinary – Puris [vegan] fried bread puffed bread like no other. We had asked for a dip to go with it, tasty and quite addictive so we ordered another for our mains. Papri Chaat [vegetarian] was presented creatively with a deliciously smooth middle and a crunchy outside, great as a starter however I felt it was a lot for one person as I wanted to save myself for the main event. 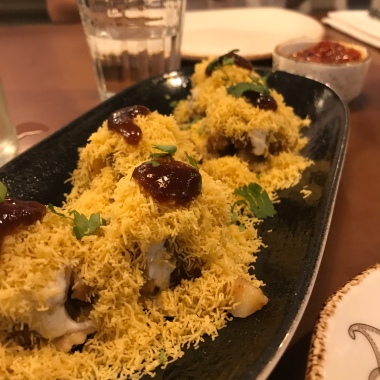 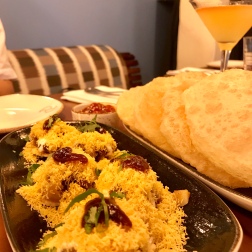 After having devoured the Papri Chaat, our mains arrived; Goat Kosha Mangsho – presentation was great and the goat was cooked well, however I personally thought there was a lot of oil that was sitting at the bottom and didn’t enjoy it as much as I wanted to. That being said their Mattar Pulao [vegan] rice dish was flavoursome and married well with the meat dish. The Bihari Phulki [vegan] was our favourite, it came with a fiery sauce and a sweet chutney that complimented the dish well. Next up their Puchkas [vegan] an unusual yet intriguing presentation- a small pot of tamarind water in the centre with shells filled with spiced black chickpeas, potatoes – Shahlo kindly explained that we had to pour the tamarind water into the cracked semolina shells. We both thought it had an unique taste; and the tamarind water added an extra kick to the dish, however we personally thought it didn’t quite hit the spot. 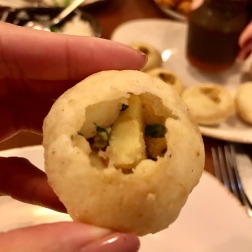 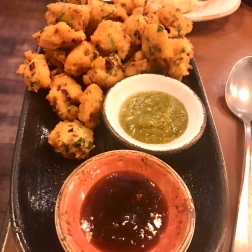 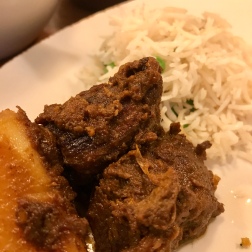 My Chowringhee went down a treat, generous amount of alcohol and the fresh mint married well with the spicy dishes.

Darjeeling Express overall had a lively atmosphere and the restaurant got fairly full during our lunch date, luckily we booked in advance. The staff were friendly and welcoming, our waiter Shahlo was absolutely lovely and informative about the restaurant, and Asma Khan has recently opened a cafe called Calcutta Canteen really close by which sells delicious cakes and sandwiches, I’m very intrigued to go and try their treats.

Shahlo also mentioned that Darjeeling Express will be featured on Chefs Table this year on Netflix, we will be looking forward to watching it on telly!

I personally felt that the food wasn’t as good as I was expecting but all in all it was a good experience.

Their opening times are Monday to Saturday for lunch at 12pm to 3pm and reopens for dinner at 6pm to 10pm.

One of my favourite dumplings @dintaifunguk Xiaolongbao 😍 #dimsum #taiwanesefood #soupdumplings
Dipping the oh so delicious ‘prawn’ toast into the sauce was divine 😜 check out my latest post via the link above - sharing with you all my favourite Chinese restaurants in London! #cny2020 #sharingplatter @lovinghutarchway #foodporn
Happy Friday! I hope everyone has a fab weekend! 👍 #friyay #fluffypancakes #maplesyrup #snacktime

Need any tips for your next trip? You knock on the right door. ;)

Australian Traveller that loves to "Roam" our globe, creator of ENDLESSROAMING.COM sharing the experience through word and photography. Currently residing in my home of Newtown Sydney but hope to be back on the road late 2020. Feedback / questions are more than welcome, happy travels